Getting a Chinese Driving Licence

I have finally got a Chinese driving license today! And the only thing I had to do to get one was to pass a seriously difficult written test on China's traffic regulations in Chinese.

A few months ago I decided it would be nice to be able to rent a car every once in a while, and organize a trip to the countryside around Beijing. The only problem is that in China you can’t drive with an international license, but have to get hold of a Chinese one. If you have a foreign license, as I do, you can convert it to a Chinese license, but you are still required to take the theory exam, although not the driving exam.

I signed up to take the exam in March, convinced that I could pass it without trouble. The problem is that the exam has been made much more difficult in recent years, as various Chinese friends have informed me, and it has now become a serious hurdle for anyone who wants to acquire a driving license. The reasons for this are unclear, but some say it is because there are just too many cars on the streets of China’s cities, and the authorities want to make it harder for people to acquire a license. Although the intention to reduce the number of cars is admirable, the method chosen is rather dubious.

Anyway, foreigners have the choice of taking the exam in various languages, including simplified and traditional Chinese, English, Japanese, Korean, German, French and Spanish. Of course I decided to take the test in English, but I was informed by the agency through which I had applied that this year’s test is different from last year’s test, and that the material to revise for this year’s test still hasn’t been released in English. They could only give me last year’s material for me to revise from, so it might be a bit difficult. I asked if the traffic rules have changed, and was told they haven’t, so I couldn’t really see what the problem was.

I went home and spent a few days revising from the stack of sheets I was given. The questions were sometimes obvious, but sometimes quite difficult, and covered a huge range of topics, many of which would never find their way onto a driving license exam in most countries. There were questions on how to administer first aid to victims of car accidents, what department you have to go to if you want to register a change of residence on your license, and how many years of prison you will get if you cause an accident in which people die and then run away. I began to realize that passing the test would be no walk-over.

On the day of the exam I went to Beijing’s Traffic Control Department, which characteristically is in the middle of nowhere, and took the computerized test in English. You have to answer 100 questions in 45 minutes, and score over 90%. You are allowed two attempts. I scored 82% the first time, and 83% the second time. I had done my best to get a grip on the material, but the questions were different from the ones I had revised, and although some of them were easily guessable, others left me quite stumped. Quite a few of the other foreigners taking the test failed both attempts as well, so I was in good company.

I re-scheduled the test for May, and realized that I was going to have to put some serious effort into it if I wanted to pass. If you fail the second time, you then have to register for a license again, which is troublesome and expensive, so I knew I really had to pass this time. After failing to find any revision material in English based on this year’s test, I realized that I would have to consider revising in Chinese. The entire bank of questions for this year’s test, which includes almost a thousand questions, is easily available in Chinese on the internet, as well as mock exams.

Revising in Chinese was daunting, but I soon learnt most of the technical vocabulary related to driving. From this point of view it was a useful experience. If I ever go to the mechanic in China, I will now know at least some of the necessary vocab. I basically revised using the same method the Chinese use: not actually trying to understand the regulations or use logic, but simply learning all the answers by heart. The Chinese are of course masters at doing this, since they spend much of their school life just memorizing stuff.

Memorizing a thousand questions in Chinese was difficult, but not as much as I feared. Some of the questions were blindingly obvious, and even amusingly ridiculous. My favourite was this one:

Translation: under what circumstances should a driver not drive a car?

A, after drinking alcohol

B, after drinking tea

Translation: when you are taking a car you should drive in a civilized fashion, courteously give precedence, and not drive "like a hero", drive riskily, drive rashly or drive when ill.


Many other questions however are seriously tricky, and require a precise knowledge of various laws and regulations. After cramming for a couple of days, I went and took the test. I figured that taking it in English would only have been confusing, and the questions would not have been the same, so I just took the test in Chinese. I got 92% on my first try, although my slowness at reading in Chinese meant that I only just finished the 100 questions in time.

This was one situation where being able to read Chinese really helped. If I had taken the test in English, I might well have failed again. In the waiting room I got chatting to a middle aged Italian man who works in China but speaks no Chinese. The poor guy was revising in English using last year’s material, just like I had done, and was clearly going to fail. He was already on his second attempt, and so he will now have to apply again and pay again, or else give up. 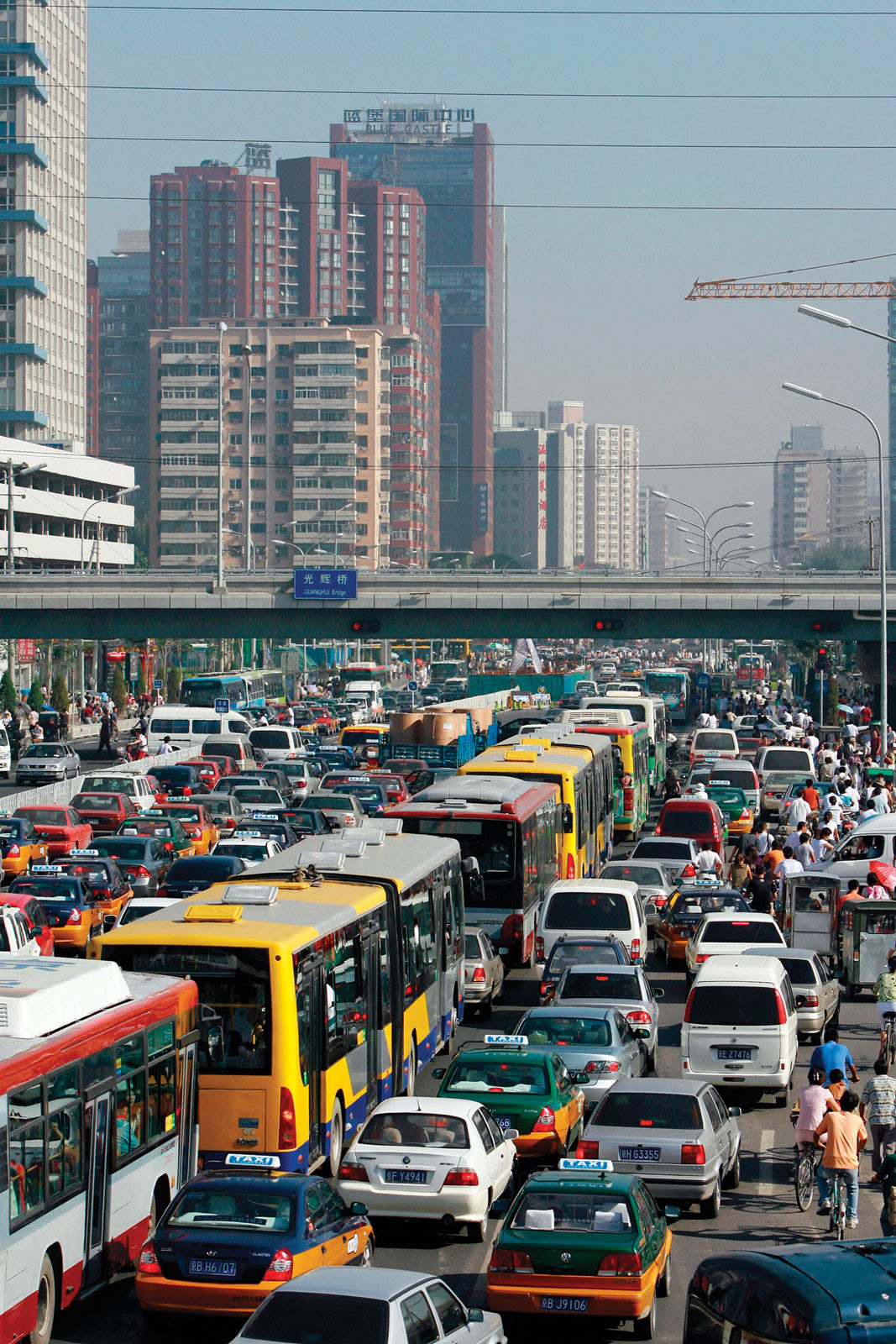 Just another day of ordinary traffic in Beijing.
Posted by Ji Xiang at 4:16 AM

Ha! Back in the day you had no choice but to take the test in Chinese, but (as happened to a friend of mine) the cops who administered the exam would helpfully point out the right answer to you.

That sounds a lot better than the current arrangement, where you can take a really difficult exam in the language of your choosing, and nobody points out a thing.

I'm in a similar situation right now, except that I have no CN reading skills whatsoever, luckly i just discovered the mobile app "Driving in China" which was recently updated with the new english questions, wish me luck boys, I will let you know how helpful it was once (if) I pass :)

what a pity, if i missed reading this article. what a funny experience!
Now, I really understand why you tell me you succeeded in passing the exam so seriously.After reading your blog, I find one explanation that why the exam became more and more difficult. Secondly, I think you are becoming and will be more and more powerful under adversity in China, such as something ridiculous. Thirdly, I need tell you that in China most of the exams means some persecutes other, like CET4 and CET6.