A Pleasant Tour in Mind from a Clean Tour in Deed 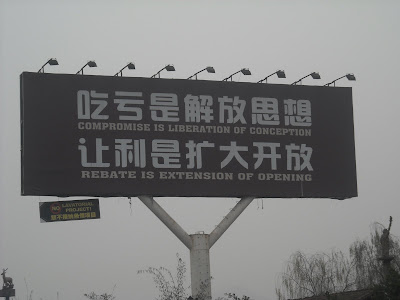 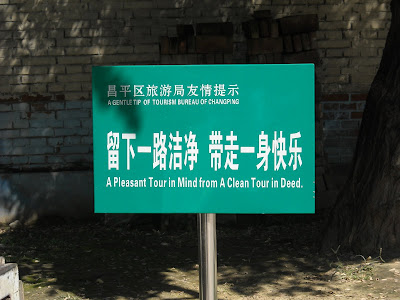 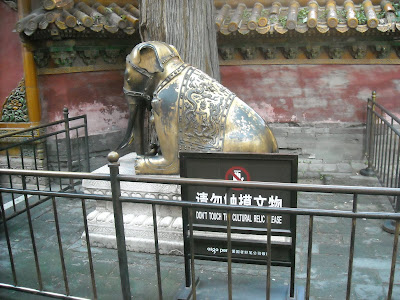 Chinese English (sometimes known as "chinglish", or even "engrish") can be extremely hilarious. Every English-speaking foreigner who has lived in China for a while has their own personal favourites. Chinese ways of saying and Chinese sintax translated mechanically into English give rise to a huge number of funny, memorable and even mystifying English notices all over China. The school where I used to teach in Qijiang, in the municipality of Chongqing, had a notice on top of the main gate which read "Qijiang Normal School: Civilized Unit". 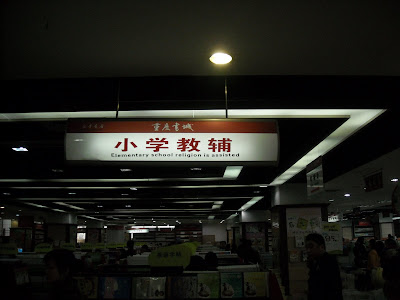 Here in Beijing, I find the level of the English on public signs for foreigners has improved a bit since the last time I visited. Perhaps the local authorities have got someone to check the English on the most prominent signs and notices in time for the Olympics. However, there are still plenty of amusing examples of Chinese English around.

Here's a few funny examples. The first photo is of a completely mistifying noticeboard which I saw in a fun fair in Chongqing. The second one is a "gentle tip of tourism bureau of Changpin". The sign in front of the Elephant in the Forbidden City says "don't touch the cultural relic please". The last photo was taken in the biggest bookshop in Chongqing, and although it is hard to read, the writing in English says: "Elementary school religion is assisted." The notice was in front of the section with primary school books, and the Chinese writing above actually means "Primary school teaching aid". Someone had obviously created this hilariously wrong translation into English by looking up the chinese characters in an English-Chinese dictionary and translating them literally according to some of their possible meanings (the third character, 教, can mean teaching but also religion).
I will add more when I see them. Unfortunately, I couldn't take a photo of the sign in the Forbidden City which said "Do not climb. Perilous Hills" in front of some rather dangerous looking rocks, because my batteries had run out.
Posted by Ji Xiang at 10:34 PM No comments:

Visit to the Olympic Park 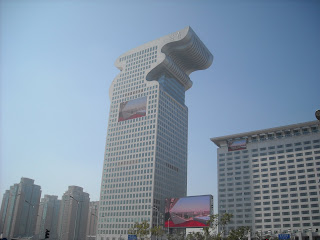 Yesterday I visited the Olympic park in Beijing. I went with a couple of Chinese girls from my university, one of whom happens to be a friend of my Chinese teacher (who is a student herself). I had never met them before, but my teacher gave them my number, because they were keen on having the chance of showing a foreigner around Beijing, and I was quite happy to go along.

The Olympic park is certainly worth visiting. It covers a huge area on the outskirts of the city, and it includes most of the stadiums and venues which were used during the games. It has now become a tourist attraction for the Chinese, and there were hordes of Chinese tourists everywhere. We wanted to visit the so called "water cube" which hosted the swimming and diving, but there were huge queues to buy the ticket to go in, and we didn't want to pay double to buy it from a tout, so we decided to give up on that.

The Park is so huge there is even a special underground line with three stops which takes you across the park. Next to the underground stops you can find a series of works of art built using classical Chinese themes.

During the visit I also had a chance to chat quite a lot with the two girls who went with me, who spoke reasonable English. I found out that one of them is originally from Guangxi province, in the far south of China, and she comes from the largest ethnic minority in China, the Zhuang. I had never heard of the Zhuang, but after doing some research on the internet, I have found out that there are about 18 million of them, concentrated mainly in Guangxi. Out of the 56 recognized ethnic groups in China, they are the second largest after the Han (the "real" Chinese), who make up about 90% of the population. They are actually a far bigger group than the better known Tibetans. Even though there are more Zhuang than there are people in Hungary, Portugal or Sweden, almost no one has ever heard of them in the West. The Zhuang also have their own language, which belongs to the Tai language group and is unrelated to Chinese. My new Chinese friend told me that she speaks both Chinese and the Zhuang language fluently.

The Chinese are often described by Western observers as being shy and reserved as a people. However, there is one moment when the average Chinese person is certainly far less reserved than the average Westener, and that is when they are in the presence of a karaoke set. Karaoke (which is known as KTV here) is hugely popular in China, and an evening out in a restaurant between friends or colleagues will often end with a karaoke session. In my experience, most Chinese people feel absolutely no compunction about singing publicly on such occasions, no matter how well or how badly they can sing. I have found myself being asked to sing myself several times but I have always declined, since I am aware of how appalling my singing can be and I have no desire to show it off. A few times I have tried explaining to some Chinese students of my age that where I am from karaoke is not nearly as widespread as it is here, and so I am not used to singing in public. When I explain that people almost never entertain themselves with karaoke when they go out in the evening in Europe, I am usually met with surprise and disbelieve. "But then what do people do when they go out?" I am asked. The idea of going out and having fun without the aid of a karaoke set is obviously alien to most people in these parts.

It would be interesting to find out why the Chinese, who are usually more reserved and less keen to stand out than Westeners, are often quite happy to sing in front of dozens of people they may not even know.
Posted by Ji Xiang at 4:38 AM No comments: 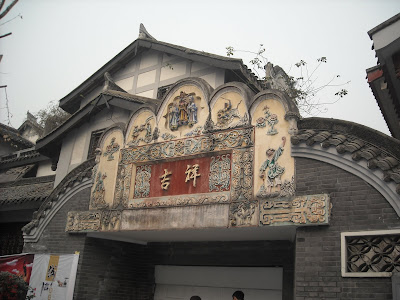 And welcome to my blog, which I will use to chronicle my adventures here in the Middle Kingdom.
I am currently living and studying in Beijing, whose Chinese name means “capital of the North”. That’s were my blog’s name comes from, in case you were wondering. Interestingly, Tokyo’s name means the capital of the East, and Nanjing’s name means the capital of the South, since it was the capital of China during several historical periods. I am unaware of the existence of a capital of the West.
In any case, I am planning to stay here for a couple of years, which should give me plenty of time to get below the surface of this fascinating and widely misunderstood country.
The name I have chosen for myself is quite simply my semi-official Chinese name. You see, if you live in China it is often convenient to have a name which can be written down in Chinese character. The university I am studying at requires foreign students to come up with a Chinese name for themselves. Your Chinese name can just be the closest rendition of your original name which is phonetically possible in Chinese, but it is far more interesting to make up a completely different name, usually with the help of someone Chinese. Personally, I had already been given a Chinese name by my students when I was teaching in China four years ago. The name was Ji Xiang, which is a traditional expression meaning "auspicious". I have sometimes seen the name written on top of temples, or on the scrolls which get pasted around the doors of Chinese houses on new year's eve. In the photo you can see my name written over the door of a temple in Chengdu. It is not a common name, however I gather it sounds quite good, or at least I hope so, so I stuck with it.
Having a Chinese name is not just a bureaucratic necessity, but it is also useful because for the Chinese it is usually very hard to pronounce and remember foreign names. Very often, your Chinese name becomes the name you are known by. Young Chinese people often do the opposite and pick an English name which they use when they are introduced to foreigners, who find Chinese names just as difficult and hard to remember.
Posted by Ji Xiang at 6:47 AM 3 comments: