I've just had my first post published in the "lostlaowai" site. It's about the tendency of many young Chinese to believe in horoscopes and in the superstition that your blood group affects your personality. Here's the link:
http://www.lostlaowai.com/blog/china-stuff/chinese-culture/new-chinese-superstitions-horoscopes-and-blood-groups/
Posted by Ji Xiang at 6:32 PM No comments: 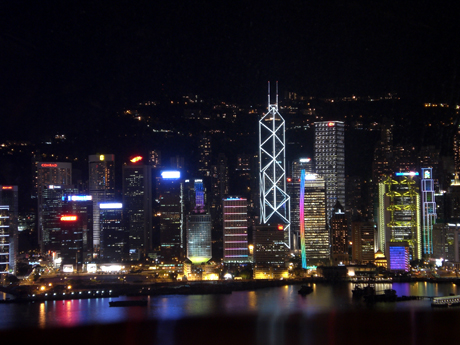 I have just got back from a trip to Hong Kong.

It was the first time I go to the SAR (Special Autonomous Region) of Hong Kong. To get there I took a train from Beijing to Shenzhen, which took 24 hours, and then the subway to Hong Kong. Shenzhen is the big city right on the other side of the border from Hong Kong, which sprung up out of nowhere in the eighties after the government turned the area into a special economic zone. Shenzhen and Hong Kong are so close that the two subway systems are connected, although you have to get off and go through a border checkpoint in the middle. If it weren't for the border, which runs along a river and includes walls and barbed wire to stop people from swimming to the other side, Shenzhen and Hong Kong would probably have merged into a single mega-city by this time.

I was already aware that Hong Kong is completely different from Mainland China in all sorts of ways, so the strong feeling of being in a different country which I received was no surprise. I already knew that the currency and official languages would be different. What really struck me about the center of Hong Kong is how it looks almost exactly like the center of London, in terms of both the buildings and the atmosphere. There are even double-decker buses, as well as certain chains of shops which are only normally found in Britain. The place clearly wasn't a British colony for nothing.

I quite coincidentally arrived in Hong Kong during the weekend of the "rugby seven", a famous rugby tournament between seven nations which is held in Hong Kong once a year. The tournament is also the occasion for the city to have a huge party. It has become traditional for revelers to dress up, turning the occasion into a kind of carnival for the city's expat community and visitors.

In any case, as a result of this, I was almost unable to find a room for my first two days in Hong Kong, and I ended up staying in an infamous building called the "Chungking mansions". The building, situated in the middle of the city, is basically notorious for its collection of very cheap and low quality hostels, with names like "the pay less hostel", and as a focal point for shady businesses and people. The first few floors are taken over by little shops, restaurants and businesses run mainly by Indians and Africans. The whole building is supposed to have about 4000 full time residents. Although it is the sort of place most well to do Hong-Kongers probably won't go near, it has featured in films because of its unique atmosphere. An anthropologist who spent some time studying the place estimated that about 20% of the mobile phones currently sold in Africa pass through the Chungking Mansions, although I have no idea whether this is true.

The atmosphere within the building is certainly unusual. It reminded me a bit of Tel Aviv's old bus station, but seedier and more down-market. Although the mansions are well known for attracting a certain amount of criminal activity, I did not feel unsafe there, since there are people around at pretty much any time of the day and night, as well as security guards. The accommodation within the building is certainly cheap (though not by Mainland standards) and not too comfortable, although the owner of my hostel was as helpful as possible. What was most irritating was the lifts, which are incredibly slow and few in number. I had to wait in a queue for about ten to fifteen minutes every time I wanted to go up to the floor my hostel was on. One of the lifts also got stuck with people inside it while I was waiting in the queue, although technicians were called to unblock it immediately. The building is also a bit of a fire hazard, although standards of safety have apparently improved in recent years. In any case, as soon as the rugby tournament finished I moved to a different hostel in a more decent part of town.

A big distinction between Hong Kong and the rest of China is the level of political activism and protest allowed. Just as I was there a new Chief Executive was elected for the Hong Kong SAR. The election is not open to the entire population, but only to the members of an election committee made up of representatives of different professional categories. Incidentally, universal suffrage never existed under Hong Kong, even under British rule. On the day of the elections a small protest was held in front of the voting venue to complain about the system by which this electoral committee is supposed to represent all the citizens. Some of the protesters attempted to storm the venue and clashed with the police, just like in a good old Western country.
I personally happened to pass by a couple of street pickets held by Falun Gong, the religious cult which is banned in China and directly opposed to the Chinese government. Wandering around the city I also happened to bump into a picket protesting about the Chinese government confiscating land in Shenzhen, and the "Occupy Hong Kong" encampment, obviously modeled on the Occupy Wall Street Movement, located just under the HSBC headquarters. Of course, all of this would be out of the question in the Mainland.

Hong Kong's is also a truly cosmopolitan city, on quite a different level from Beijing. There are Indian and Pakistani communities who have lived in the city for generations and feel just as "Hong-Kongese" as anyone, and large communities of Filipino and Indonesian immigrant migrant workers. Walking around the center of Hong Kong on a Sunday afternoon, I came across a park where a few thousand Filipino women were picnicking and chatting. Most of them apparently work as maids, and Sunday is their day off.
Not far off in a square I came across a different spectacle: an African evangelical preacher on a stage, preaching to a crowd of women, again mostly from the Philippines (which is supposed to be a Catholic country, but clearly these evangelicals are making their mark even there). The preacher claimed to be a healer, and while I was watching I witnessed some improbable "miraculous healings". At some point a young woman claiming to be deaf emerged from the crowd, and after the healer touched her and prayed a while, she acted as if she had suddenly regained her hearing. The whole thing was so obviously staged that it is a wonder how anyone falls for such stuff.

Another discovery I made in Hong Kong is that the locals can actually speak Putonghua (Mandarin Chinese), although with heavy Cantonese accents and varying degrees of fluency. On the other hand, contrary to what I had been told, not everyone speaks English, although a lot of Hong-Kongers certainly do speak it extremely fluently. Underneath the international and British flair, Hong Kong is still clearly part of the Chinese world, and the locals still Chinese at heart. This was especially clear to me when I visited the peripheral suburb of Wong Tai Sin to see the temple dedicated to the deity after which the area is named. Although the center of Hong Kong feels more like London than Beijing, when I got off the subway in Wong Tai Sin, I immediately felt like I was in China again. The high rises are even taller than the ones in Beijing, reaching forty floors at my count, and they look almost as run down as well. Foreigners were nowhere in sight, and the local shopping mall felt almost like a typical mall in a Beijing suburb.
Posted by Ji Xiang at 4:56 AM 9 comments: